After posting a seriously tone-deaf article about how to accept black people into your lily-white family, The Gospel Coalition has removed the piece titled “When God Sends Your White Daughter a Black Husband.”That was the wrong decision.

Who says reading this blog won’t change your life?Reader Brad saw a post earlier this year about how Wisconsin now allowed Pastafarians to wear colanders in their driver’s license pictures, and he was inspired enough to bring one with him when he got h…

The Big 12 conference, which currently has 10 member schools, is expanding and there are several candidates who’d like to join. Some are saying that Brigham Young University is near the top of the list. But several groups are now urging commissioners to deny BYU’s application because of the way it treats LGBT students. 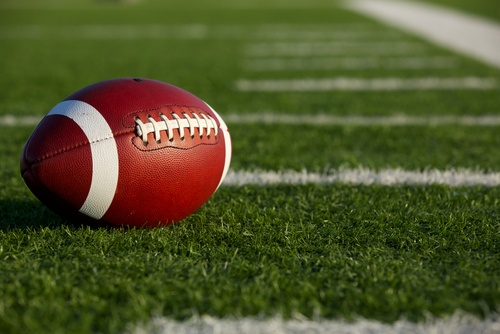 In the previous post, I looked at the proto-moral system we have constructed through the lens of basic act-utilitarianism.

Our proto-moral community has a number of people called Alphs, each with a desire to gather stones. It has other people, Betts, …

Diaa Mohamed, 35, above, founder of the Australian Muslim Party, appeared in court today to face nine charges of fraud and one of supplying drugs. Mohamed, who claimed to be “a Muslim first, then an Australian”, is facing criminal charges after allegedly carrying out a lucrative fraud racket worth hundreds of thousands of dollars, according […]

In one of the most useless acts of “generosity” you’ll ever see, a Swedish church by the name of Livets Ord plans to use drones to drop “pillbox”-sized electronic Bibles to people in Iraq who are currently living under control of the Islamic State.Beca…

Ken Ham just announced that he’d be putting up a couple of billboards to promote Ark Encounter. I figured he could use some help, so I created a few more that he’s welcome to use.

I am spending a few posts going over what Dr. Chris Heathwood of the University of Colorado suggested may be problems with my “desire satisfaction” theory of well-being.

With these clarifications in mind, I suggested to Dr. Heathwood that a desire-satisfaction theory of well-being should not be understood as a claim that the agent is made better off by obtaining as much desire satisfaction as possible. Instead, the agent is made better off to the degree that the most and strongest of an agent’s desires are fulfilled. When Derek Parfit suggests that an person can be made better off by giving them an addition to a readily available drug, somebody who holds this theory can deny that it is a benefit because the agent has no reason to acquire this addiction. It serves no existing desire.

It seems that we sometimes *can* benefit people by seeing to the satisfaction of desires that they will have but do not currently have. Consider a toddler. He currently has no desire to be able to read. But we can be confident that in the future he will desire to be able read (if the future comes and he can’t read, while all of his classmates can, he will wish he could read; if the future comes and he can read, he will be glad that he can read). The theory that you are suggesting seems to imply that we would not benefit the toddler if we now do things to see to it that he will be able to read in the future. Am I right that your theory has this implication?

In my previous post, I examined the benefit of teaching a toddler to read. I argued that, whether this turns out to be a benefit depends on whether it actually aids in the fulfillment of future desires, and only insofar as it does so. If, instead, teaching a child to read turns out to be a waste of time or thwarts future desires (e.g., an emperor decides that scholars are a threat and rounds up anybody who is able to read for torture and death) that the ability to read contributes nothing to well-being. In short, the benefit of learning to read is found entirely in the fulfillment of future desires it helps to bring about, if any.

In having a desire to read, reading itself becomes something that the person pursues for its own sake, attempting to make or keep true the proposition, “I am reading”. She reads, not merely because it is useful, but because it is something she wants to do.

The value of the desire to read is grounded primarily on the fact that future desires do not have backward causation. In other words, a desire that does not exist in the present cannot motivate an agent to act a particular way in the present. A “desire that future desires be fulfilled” can help in this regard. However, it is also useful to have current desires that bring about actions or states as a side effect that, in turn, will contribute to the fulfillment of future desires. A desire to read will motivate an agent to read for its own sake, which will give the agent knowledge, skills, and understanding that will be useful when those future desires emerge.

However, it would not be a desire worth having in a society where an emperor bans reading and punishes all who are caught engaged in this activity. Here, a person with a desire to read would be worse off as a result, since she would want to engage in this prohibited activity. Consequently, she will be frustrated in the same way that an addict with no readily available access to a drug would be frustrated.

What do you do when you notice a convicted sex offender preaching door to door in your neighborhood? In one man’s case, he got out his camera and confronted the individual and the Jehovah’s Witnesses he was with.